In Curver Luxembourg, SARL v. Home Expressions, Inc. (Fed. Cir., September 12, 2019), the Court of Appeals for the Federal Circuit (CAFC) had to determine whether US Design Patent No. D677,948 which shows a design pattern, but which is entitled “Pattern for a Chair” and claims an “ornamental design for a pattern for a chair”, has a scope which covers any article (including baskets sold by the defendant) or is limited to the pattern as applied to a chair. 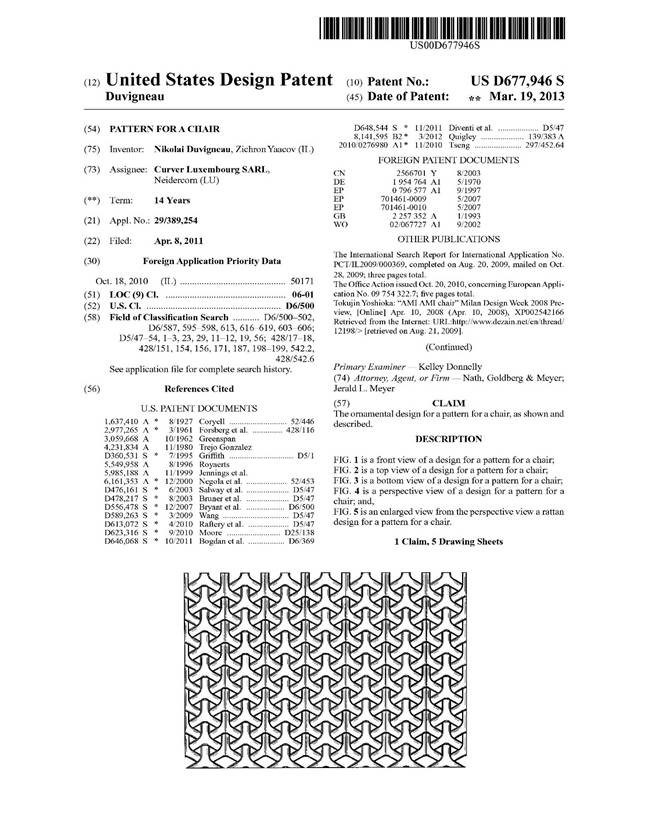